Fridtjof of Seppala
(Friddy)
Born :   25 October 2005                                               Gender : Male
Colour:  Gray and white                                             Weight : 55 lbs
Position : Retired
Back to The Top
Gealach Mor Seppala Siberians
Working sleddogs - just for the love of it...........
Fridtjof of Seppala is another of our Seppala Siberian Sled Dogs from JJ Bragg's Seppala Kennel.
He arrived in Oct 2010 along with Irina and Kazek, 2 much younger dogs and from the beginning has showed that little bit of extra maturity. He seems to take every new thing in his calm, unflappable stride.
He is a big, strong lad, very keen on the females in the yard and reasonably tolerant of the males he mixes with.
Friddy was easily incorporated into the pool of running dogs for Fall training on his arrival and quickly established himself as a no nonsense, hard pulling, reliable team dog. He hates it when we stop for a break and bangs into his harness until we're on the move again.
​After several stellar years of working, Friddy decided one day that he would like to retire. he simply walked back to his house during hook-up and that was that. 2 years later, he thought he might like to be part of a team again, but by that point, I would have been retiring him on age grounds anyway, so is return was glorious but brief.
Friddy has made the transition to fully fledged house dog, albeit a little reluctantly initially. Now, he's very firmly in the "house is good" camp. 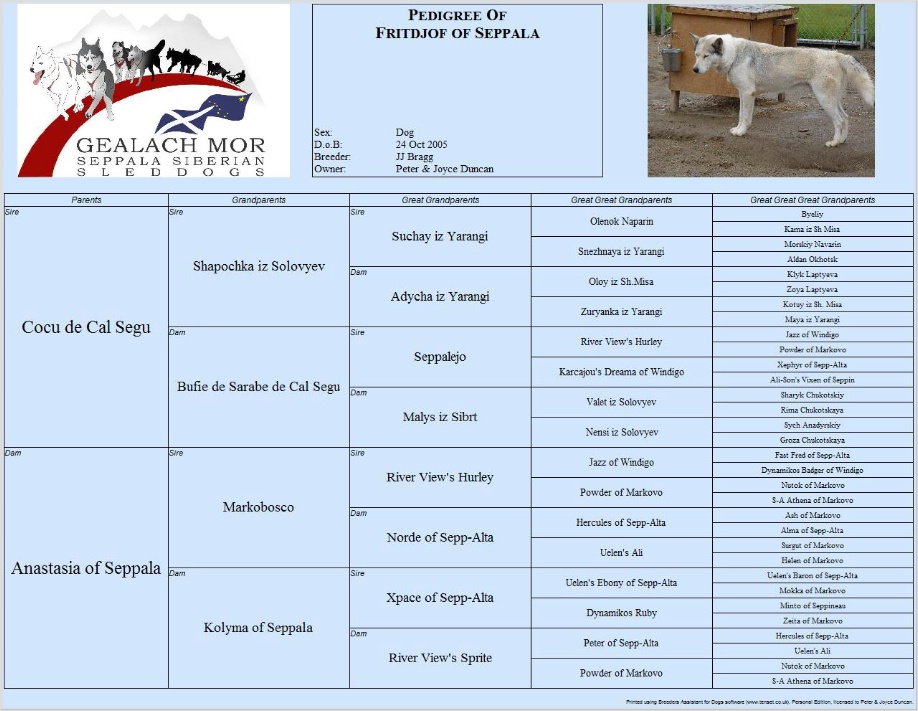 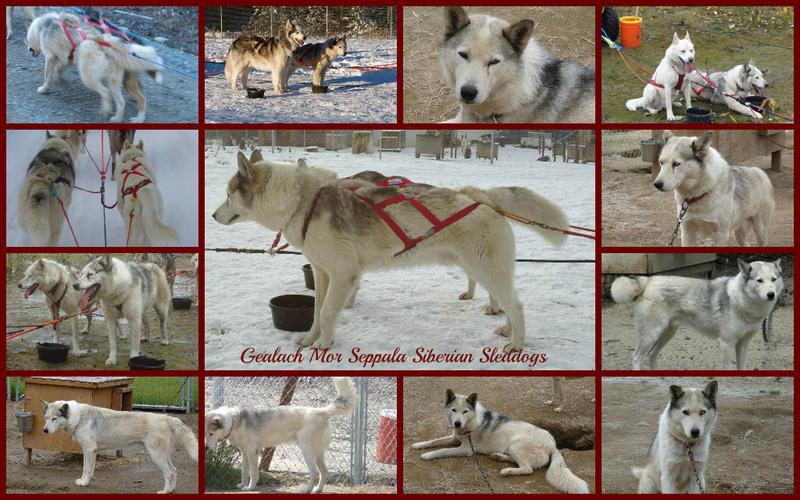 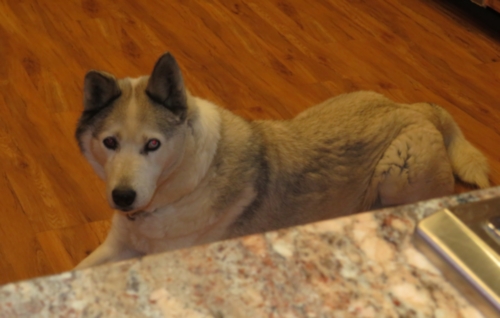 Friddy, establishing the ground rules for visiting the kitchen.